It would be great to have syntax highlighting in Lister: 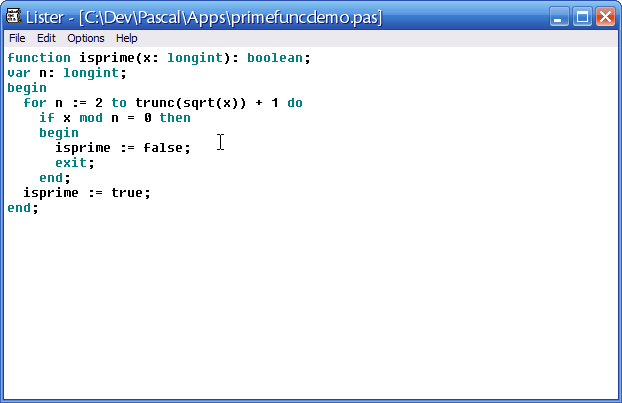 There are several Lister plugins that do the job with highlighting, and do it perfectly, so this feature is not so needed:

Back to Look and Feel